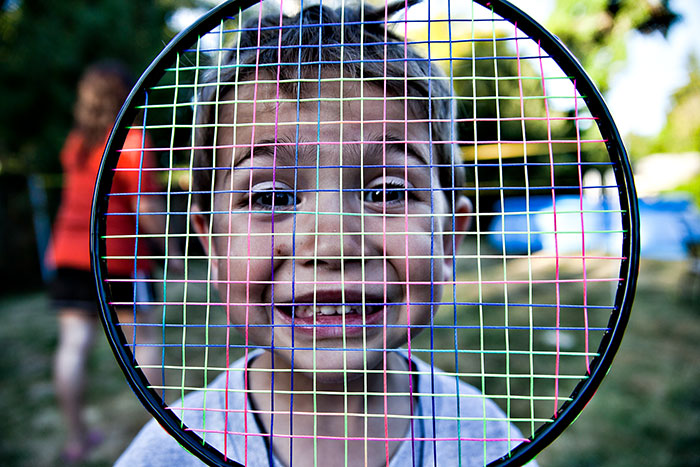 Last night we had a party for my niece who turns 11 today.  Happy Birthday Paige!!  In the backyard of my sisters place was a big pool and a badminton net.  My youngest really enjoyed playing.  He’s always enjoyed sports of all kinds so it wasn’t a big surprise to see him enjoy badminton as well.

Sports can really bring people and even Countries together.  Look at the recent World Cup soccer matches.  We were on the road the day of the final World Cup match between Netherlands and Spain.  I had almost forgotten about it until I stopped at a rest area somewhere in California and while I was using the restroom I heard a very excited voice in another room speaking loudly in Spanish.  I walked around the building and found a group of groundskeepers standing around a radio that was loudly broadcasting the match in Spanish.  I inquired what the score was and through broken English learned that Spain had just scored what would turn out to be the only point of the game.  We all just stood around the radio to listen to the final minutes of the game.  I didn’t really understand the words coming out of the radio but I didn’t really need to understand as the looks on the faces of the groundskeepers made me realize that Spain had won.

When we get involved in things that we have in common with others we forget about the differences we might have.  At that point it doesn’t matter what color you are, or what language you speak or whether you are a man or woman.  It all comes down to the game and respectful competition.  Let choose to concentrate and emphasize things we share in common and build friendships and bonds with people everywhere.