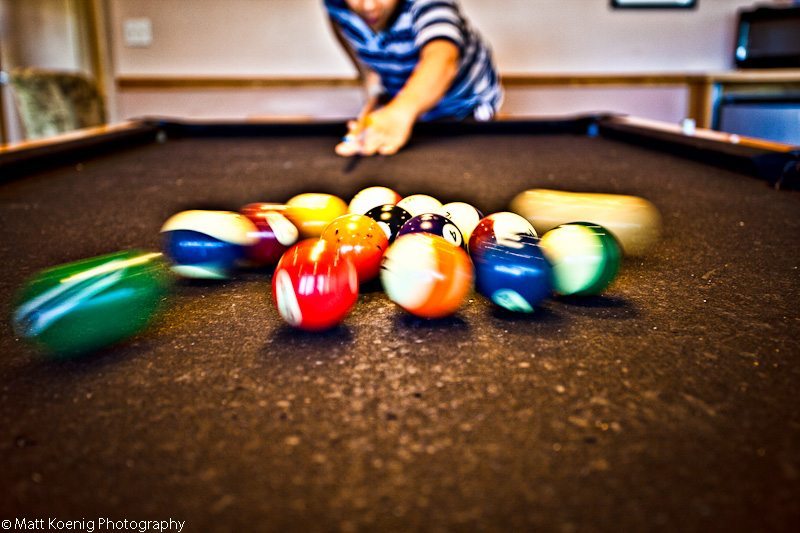 After playing a few rounds of pool (or billiards) with a good friend I thought “Why not try and capture a break on camera?”  I’ll admit that I was a bit nervous about shooting at such a low angle with billiard balls flying at the camera and lens but I figured nothing ventured nothing gained.  My first couple of shots had a shutter speed that was way to fast and all I got were some frozen balls on the table; nothing that depicted the motion of the balls.  I still wanted to utilize a large aperture so I shot in Av mode (aperture priority) and adjusted the ISO until I had a shutter speed of 1/25th second.  I could have gone with a longer shutter speed but I didn’t want the balls to blur too much.

I also shot several with the camera at different angles to the balls.  If I was down too low I missed the perspective of all the balls and if the perspective was too high it just didn’t seem right.  That’s the fun part of photography.  You don’t have to be entirely scientific about it, you just have to know what you want to capture and adjust until you get it.   If I were to shoot this again I would have included my friends head.

Next post: Andes: The Print and The Process Series – REVIEW