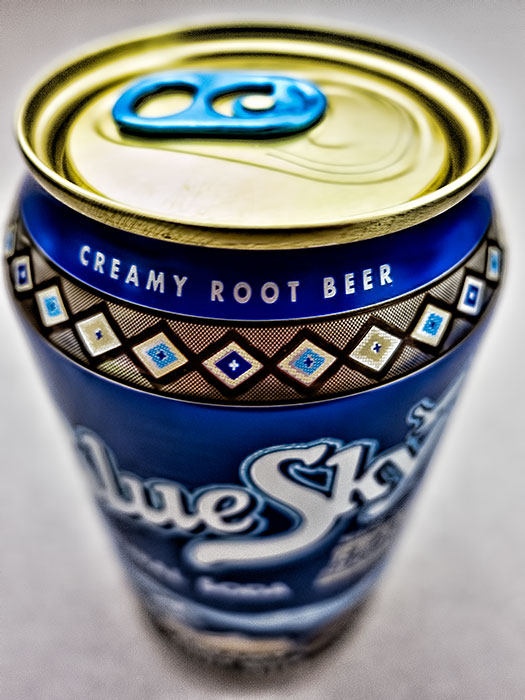 A cold and delicious Creamy Root Beer from Blue Sky soda.  I don’t drink many carbonated beverages but when I do I prefer to get ones that are made with real sugar and not high fructose corn syrup (HFCS).  Blue Sky was actually purchased by Hansen Beverage Company, maker of Hansen’s Soda, in 2000.

I like Blue Sky Soda because they contain no artificial flavors or colors, no preservatives, are sodium free and GMO free.  Of course they still contain a lot of sugar (38g).  But hey, it’s OK to indulge yourself once in awhile.  It’s when indulgence turns into habit when problems occur.

I shot this photo with my P&S Canon S90 using the macro setting which is why there is significant distortion in the image.  Personally I like the effect.  It makes the can look larger than life.  I also added a Topaz Labs effect called “Spicify” and then tweaked the default to get this result.

I’m thirsty just looking at this!