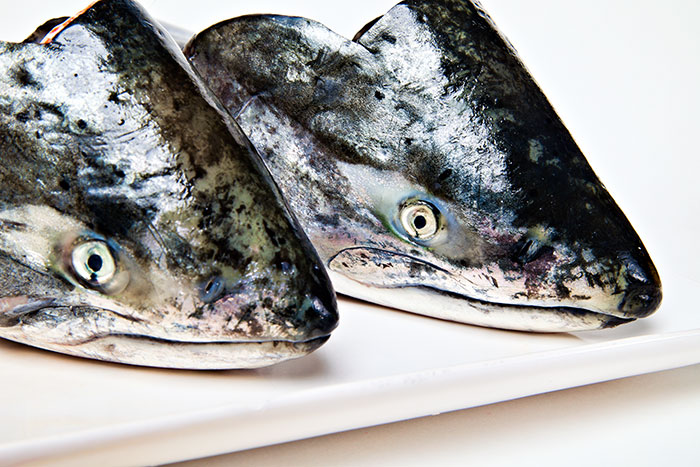 Many people just throw the head of the fish away when in fact it can make a really good soup.  Fish heads are a delicacy in oriental cooking.  The head is not only very tasty but it has quite a bit of meat on it as well.

Today we bought 4 salmon heads at the local fish market.  They are really cheap as most of the time they just discard them.  I think we paid 50 cents for all four.  Then my wife cooked them up in a big pot with some spring onions and a bunch of spices that I wasn’t privy too.  The best part for me is eating the cheeks of the fish.  There is a lot of meat right there and very tender and tasty.

This was a quick shot with a single Canon 580EXII in a white umbrella positioned camera left.