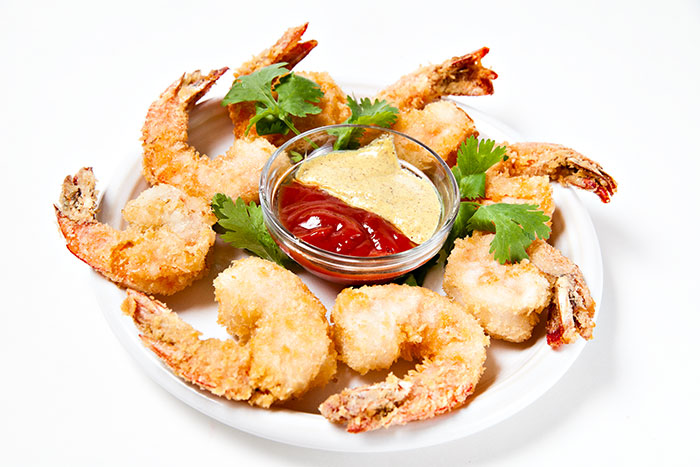 I came home from work today to a big plate of fried shrimp.  We picked up the fresh shrimp yesterday at a local seafood market so they are not your average frozen shrimp variety.  These are grade A jumbo shrimp.

Here is a fun shrimp fact.  A meal of shrimp is a significant source of cholesterol, however it is considered healthy because shrimp lack the high levels of saturated fat which means that the high cholesterol content actually improves the ratio of LDL to HDL and lowers triglycerides (source Wikipedia).

For this photo I again used a two flash setup.  I had one flash in a white shoot-through umbrella camera left and another flash with a Lumiquest Softbox III camera right.  They were triggered with Cactus v4 remote triggers.

To create the bowl of sauce I used a divider in the middle and poured ketchup on one side and spicy brown mustard on the other and then removed the divider.

What is your favorite way to prepare shrimp?

Previous post: What To Do When You’re Just Not Feeling It