Yesterday evening I noticed that it looked like it might be a good sunset.  There was a little haze on the horizon and I hoped that would translate into great evening colors in the sky.  So I grabbed my camera gear, convinced my youngest son to step away from his Nintendo 3DS and headed out on a mini adventure.  We headed out to one of my favorite locations which is only a 10 minute drive away where you can walk out into a marshy area on the edges of a lake.  We arrived a little later than I had hoped thanks to Friday evening rush hour traffic and so the sun was already starting to fall behind the hills in the distance.  We walked quickly out toward the marshy area as the light continued to change colors.  Finally we found an area to setup and I noticed what I think are Teasels (I’m not a plant guy) with these cone structures that were creating a great silhouette against the evening sky.  I grabbed my Canon 7D with the 70-200 f/2.8L IS II attached and snapped this photo. 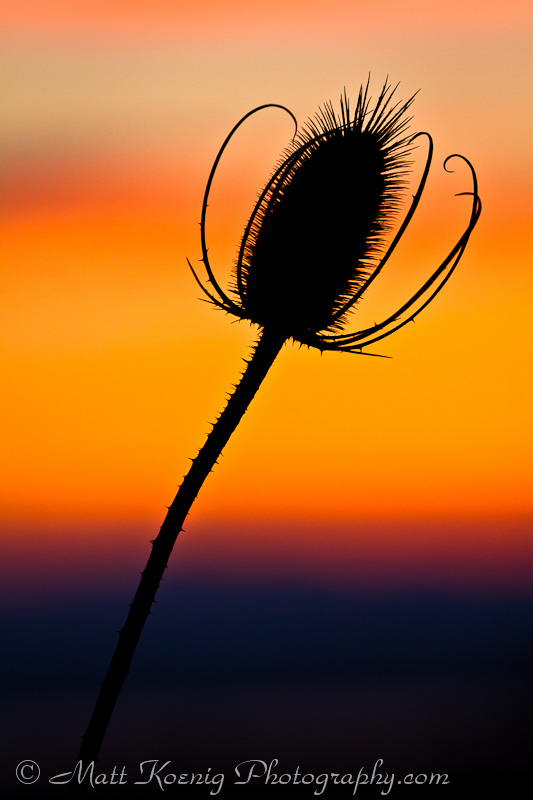 These Teasels silhouetted against the sunset made for a really compelling image.

These teasels were everywhere and really made an interesting display against the sky.  I snapped a few more with multiple cones in the frame. 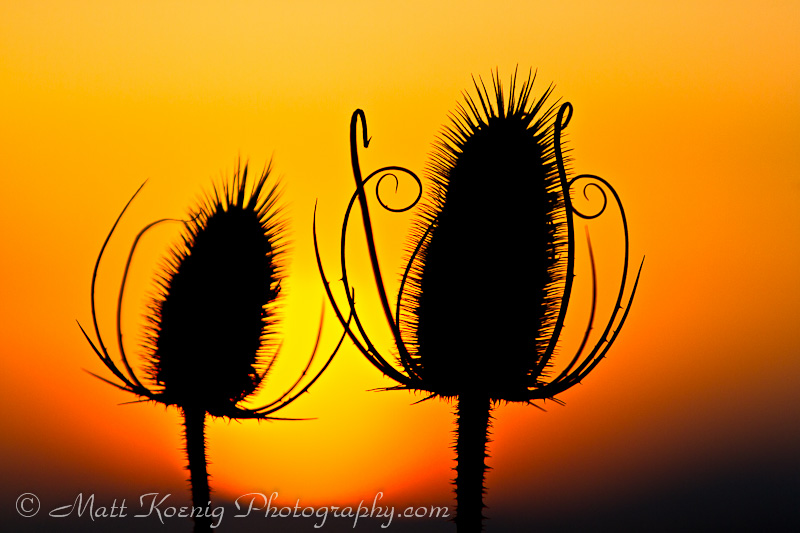 This time of year there are thousands of geese and other waterfowl inhabiting the pockets of water in the wetlands surrounding the lake.  We could hear the Canada geese honking and making quite a racket in the distance.  Occasionally we would hear a large group take flight in the distance.  Out of the corner of my eye I caught a small group flying from my right and quickly grabbed my 70-200 to capture the following image of several geese silhouetted against the colorful sky.  I really love the various layers in this image from the darker foreground slowly giving way to the lighter hills in the distance followed by the geese flying through the lighter colors of the sunset. 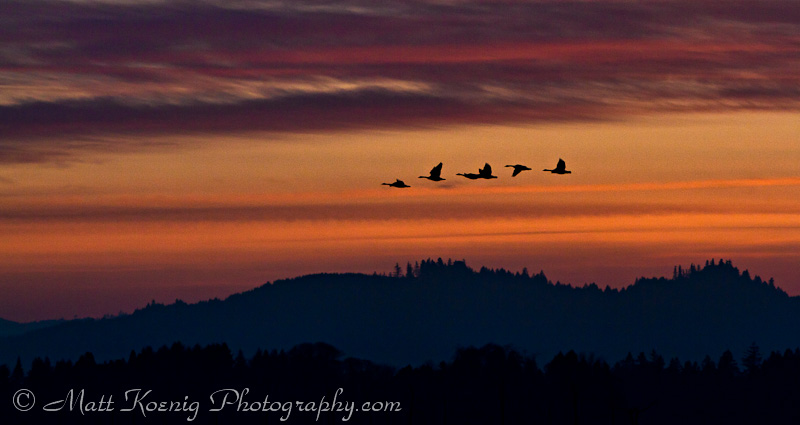 Caught these geese out of the corner of my eye and managed to capture them against the setting sun.

The sun was now dipping behind the horizon and the golden light rapidly diminishing into the colder tones of twilight.  We started to head back since it was freezing outside and my son was getting tired.  We briefly stopped to photograph the reflections on the pockets of water in the wetlands area we were walking through. 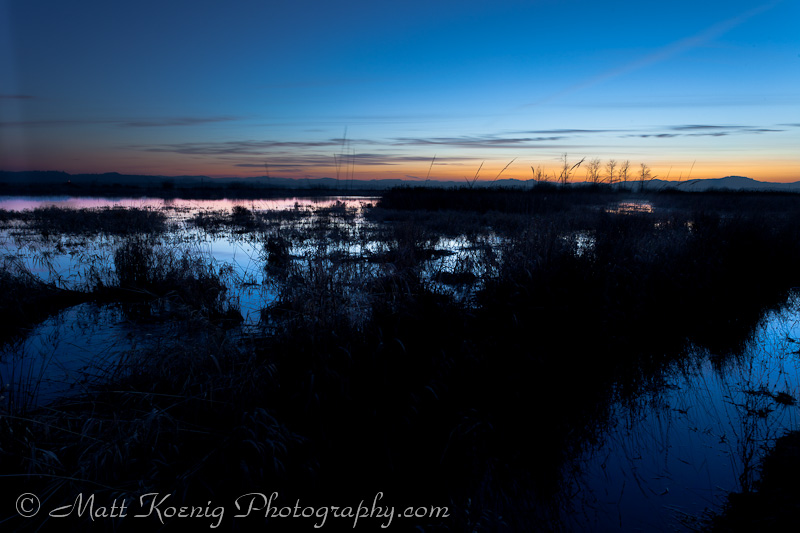 Sunset is now leading into twilight but the thin glow along the horizon made for some great reflections in the wetlands.

Suddenly we heard the cacophony of honking and thunder of wings as a large group of geese took flight nearby.  Hundreds of geese were suddenly flying overhead.  It was pretty incredible and my son was just amazed and in awe.  We captured a bit of what we saw and heard in this short 44 second video.

It was a great evening and we managed to capture some great images and were treated to a great display of flying geese.

“How do geese know when to fly to the sun? Who tells them the seasons? How do we, humans know when it is time to move on? As with the migrant birds, so surely with us, there is a voice within if only we would listen to it, that tells us certainly when to go forth into the unknown.” ~ Elizabeth Kubler-Ross

If you enjoyed these photos consider sharing with your friends!