I‘ve always wanted to try high speed splash photography where the fruit or vegetables are dropped into a tank of water and you freeze that splash with high speed flash.  I’ve seen several well done tutorials but they have all been done with small 10 gallon fish tanks.  I don’t have a fish tank or really want to spend the money to get one so I decided to give it a try with a pint glass.  I figured worst case I could fill the glass with beer and drown my failure in a good brew.

I needed something to drop in the glass.  I figured a bell pepper would be too big and sweet so I decided to spice it up a bit with a jalapeno.  Later I also tried a cucumber slice and a lemon slice.  Here is a list of the equipment I used (see setup photo) but you could easily do this with less (or more): 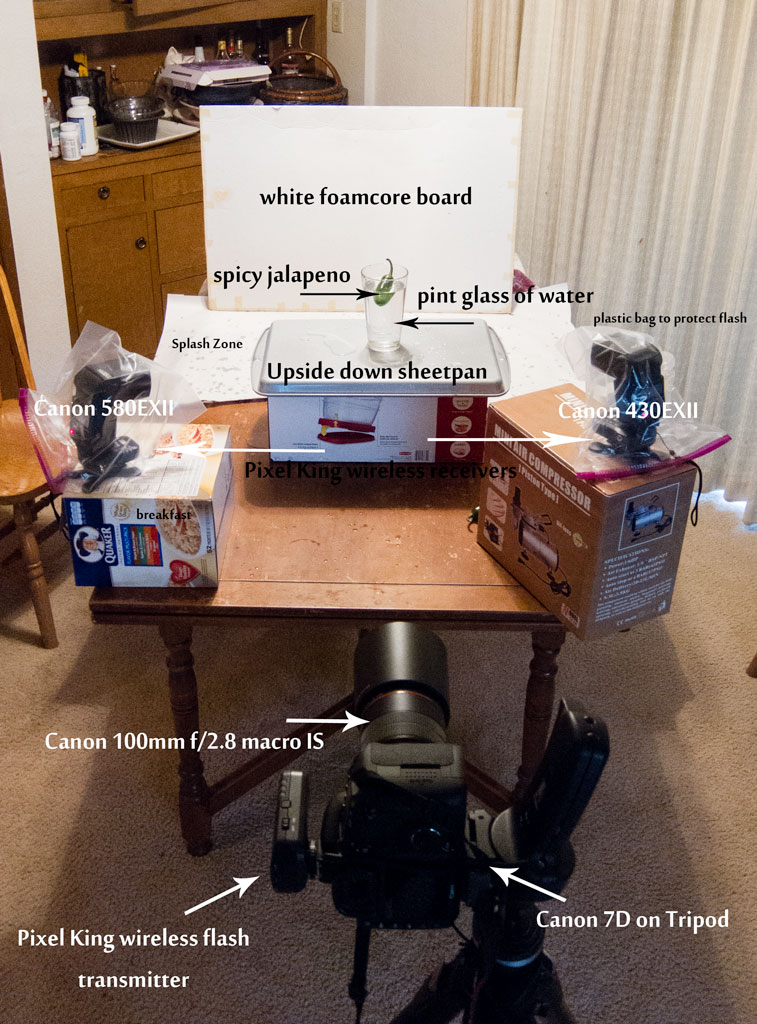 I decided to do this on the dining room table which in hindsight wasn’t the best idea as there was a considerable splash zone.  I used a sheet pan placed upside down to provide a nice metallic smooth surface and put the pint glass filled with water in the center.  Behind this I placed a sheet of white foam core as the background.  Each Canon flash with wireless receiver was placed in a plastic Ziploc bag to protect it from the splashing water.  I placed the flashes in front of the pint glass and to each side.  I honestly didn’t give too much thought at the time to flash placement and when I do this again I will probably play around a bit with different angles and heights to see what different effects I can get.  In some shots there was some glare from the flash so better placement could eliminate that.

The camera was placed on a tripod and the shutter was tripped with the wireless trigger.  Then I simply dropped the jalapeno into the pint glass of water and clicked the shutter at the same time.  My first attempt resulted in a great photo of a glass of water.  I clicked too early.  The next shot froze the jalapeno right above the water.  It looked pretty cool but I wanted to see some water fly!  The third attempt was money and as I got the timing down I captured some pretty cool splashes. 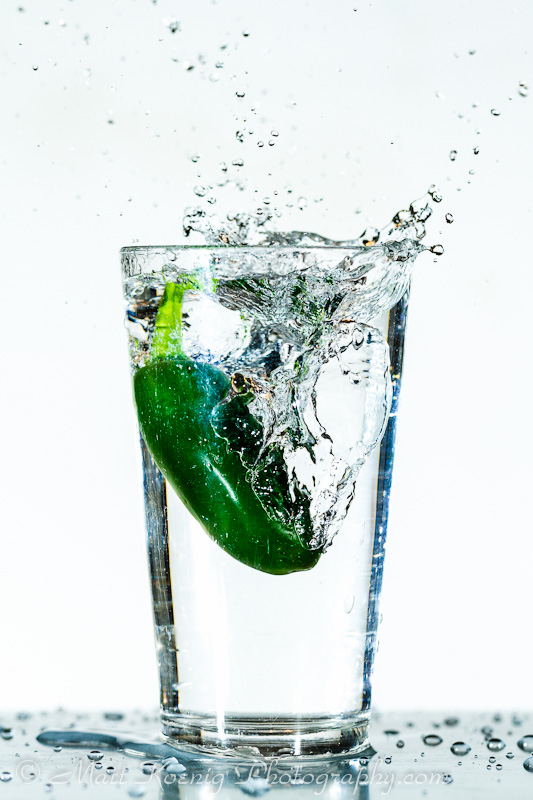 When taking these initial shots I was shooting in manual mode.  My shutter speed was 1/250th second and my aperture was f/4.5.  My ISO was set at 400.  I used manual focus.  I don’t think these are ideal setting however.  If I were to do this again I would use a smaller aperture in order to get more depth of field to get every single drop of the splash in complete focus.  With an aperture of f/4.5 the depth of field was just to narrow to keep everything sharp. 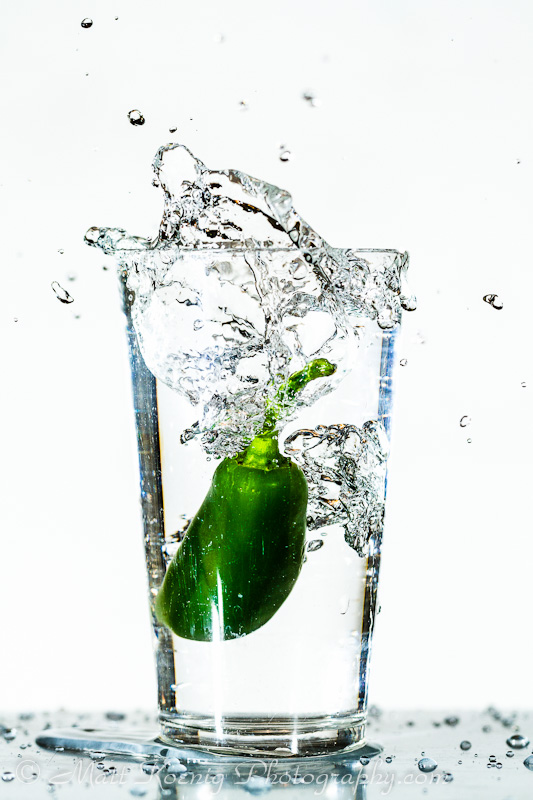 I also tried a lemon slice which was actually a bit too big for the pint glass so I ended up cutting it in half.  But I did like this drop of a full slice. 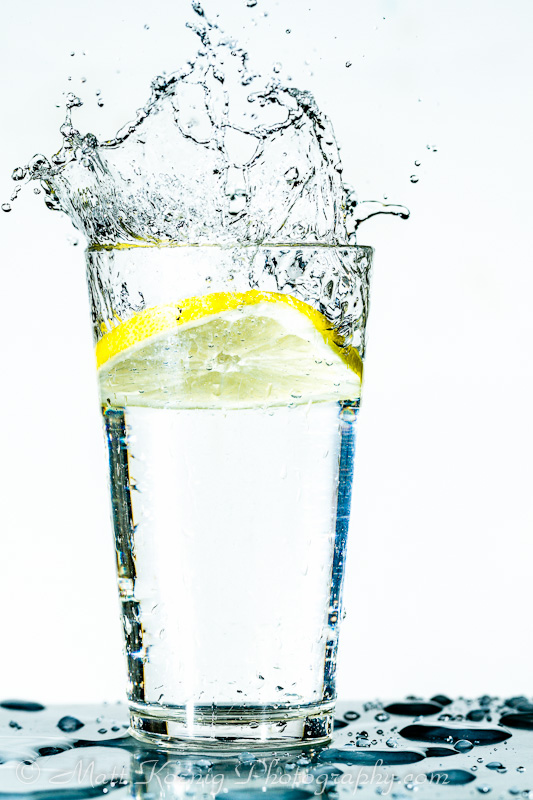 Even though this was just a fun exercise in giving this high speed splash photography a try, I like the results.  There are a few things that I definitely learned and would do differently.