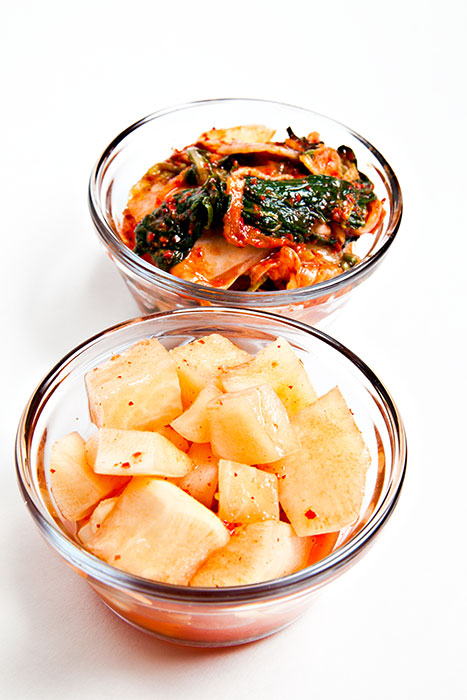 I’d like to confess and let you in on a little secret.  I am addicted to kimchi.  Yes, kimchi.  Sure it may have a reputation as being a smelly food that will stink up your entire house.  But I don’t think that reputation is warranted.  I mean to me it doesn’t smell that bad.  It’s not nearly as bad as the smell of shrimp paste.

OK, all joking aside this is a tasty food that is really good for you.  According to Wikipedia kimchi was first referenced 2600 to 3000 years ago.  Something that old has gotta be good!

Health magazine named kimchi one of the world’s healthiest foods.  It’s loaded with vitamins and healthy bacteria.  Studies are showing that fermented cabbage contains compounds that may fight the growth of cancer.

One thing I’d like to do someday is take a trip to Korea and get in on a kimchi tour.  Much like the wine tours here in the Willamette Valley the Kimchi Tour would hit kimchi production facilities and offer samples.  I have no idea if kimchi tours actually exist but if they do then sign me up.  If you have never tried it I recommend you take a chance.  Pick some up at your local Asian market or have lunch at a Korean restaurant.  You just might become addicted like me.

In this photo there are two different types of kimchi.  The front bowl is made with radish.  The big chunks are crunchy and tasty.  The back dish is made with napa cabbage.

For this photo I placed the two bowls on a white sheet of card stock to create a seamless background.  I used a Canon 580EXII with a white umbrella high and to camera right.  I triggered it with a Cactus v4 wireless remote.

Comments and suggestions regarding this photo are much appreciated.  Let me know what works and what doesn’t.

Next post: What To Do When You’re Just Not Feeling It