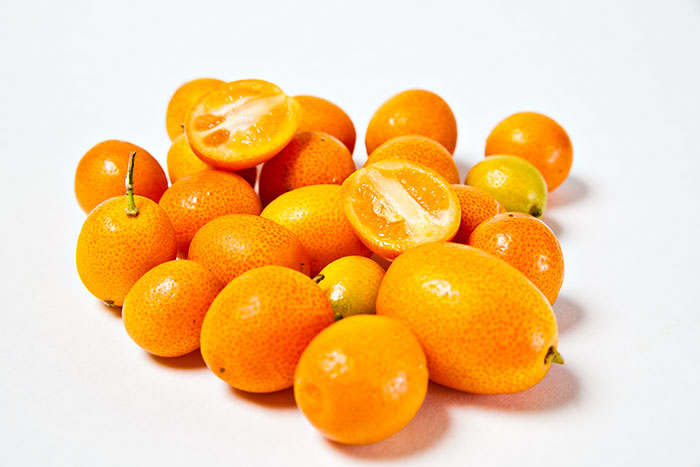 Ever wonder what the heck a kumquat is?  They are those little “mini-me” oranges you sometimes find in the supermarket.  They are often referred to as “the little gold gems of the citrus family“.

What do they taste like you might be asking?  The rind is thin and sweet but the juicy inside is tart and often salty tasting.  The contrasting flavors makes this fruit such a delightful snack.

This photo was taken with a speedlight in a shoot through umbrella high and camera left and a second flash with a Lumiquest Softbox III camera right at 1/64th power.  I used a Canon 5DII and a Tamron 28-75 f/2.8 lens at 75mm.