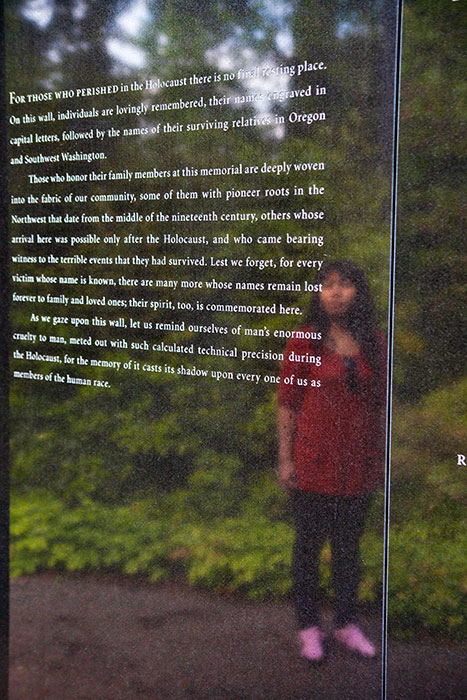 It’s Memorial Day and I can’t help but reflect on what the day means.  It’s supposed to be a day that commemorates the men and women who have died while in military service.  I’d like to suggest that we expand this to commemorate anyone who has suffered at the hands of another be it a war or an act of domestic violence.  We live in a complex world of our own making.  At times it seems like we have lost our empathy for others but it is only through empathy that we can truly find it in our hearts to help those in need.

This Memorial weekend we spent time around Washing ton Park in Portland Oregon.  As we wandered the myriad of paths that traverse this beautiful park we came upon the Holocaust Memorial.  The Holocaust was certainly a dark period of time for the world as it is estimated that between 11 and 17 million people were systematically persecuted and murdered.

The Oregon Holocaust Memorial was dedicated on August 29th of 2004.  The memorial simulates a town square which is where many Jewish families were corralled before being shipped off to concentration camps.  The cobblestone walkway leads to a wall laid out with panels describing the history of the Holocaust and the words of Holocaust survivors.  Under one panel is buried the soil and ash from six concentration camps – Chelmno, Treblinka, Sobibor, Belzec, Majdanek and Auschwitz-Birkenau.  On the back side of the circular wall are the names of people who perished in these camps along with the names of their surviving relatives in Oregon and Southwest Washington. 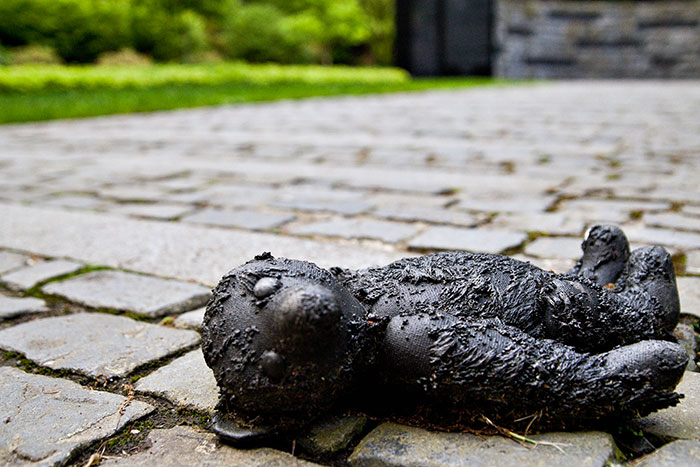 It’s a sobering reminder that when we allow bigotry, hatred and racial prejudice to overrule understanding, compassion and empathy we create a world in which fear, intolerance and violence become the rule of the day.  When we celebrate our differences rather than fear them we foster an environment of peace and love and create a world in which all people have the opportunity to pursue their dreams and aspirations.

Can we use photography to make a difference?  Absolutely!  Visual imagery is very powerful.  It can elicit strong emotional responses.  It can tell a story in a way that words cannot.  There is an old adage that “a picture is worth a thousand words” and I think for the most part that is true.  When photography is used as a means to bring to light various issues, to educate people and to tell a story that elicits an emotional response then it can make a difference.  What story do your photos tell?

As we make our way through this Memorial Day let us pause to remember those that continue to suffer throughout the world.  Let us remember and honor those that are working throughout the world to make a difference, to combat social injustice, prejudice and hostility.  Let us also keep in our hearts and minds the one thing that can carry us through troubling times: Hope.