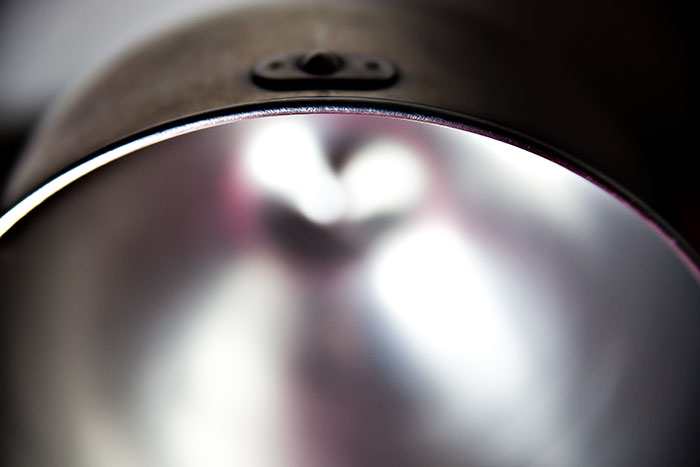 Another night of not knowing what to shoot.  I hate uninspiring times and absolutely zero motivation.  I’m running out of things to shoot in my house!  So I grabbed a stainless mixing bowl and decided to shoot it from an angle or perspective that most people wouldn’t expect to view a mixing bowl from.

After I shot a series of photos of the bowl I was disappointed.  In fact I was so disappointed that I just put the camera away and went to bed without even looking at the images on a big screen or posting anything for the day.  Sometimes during moments of frustration and lack of motivation you just need to step back and do something else.

So after a good night of sleep I came back to the images the next day.  I took a long look at each and I liked this one the best.  It’s kind of an abstract image inside the bowl and that is what I like about it.  The outer ring being in focus kind of grounds the image.

The lesson here is when you get frustrated sometimes it’s best to just step away.  Take a break and do something else.  You might be surprised how much more in focus (photography pun intended) your mind is when you return.  How do you deal with frustration and lack of motivation?