Is it Monday already?  Seemed like the weekend just started.  The weekends go by so quickly don’t they?  Well here is a little Monday Photo Inspiration for you.  I took this photo from the top of Spencer Butte in Eugene Oregon.  We had climbed this butte as a family and stayed to watch the sunset before realizing we had no light to get back down.  Despite many raised eyebrow looks from the wife we had a great adventure and got to see the lights of Eugene glowing through a fog bank that was rolling in.  No matter how negative or problematic a situation might seem there is always a silver lining or bright side.  Happy Monday! 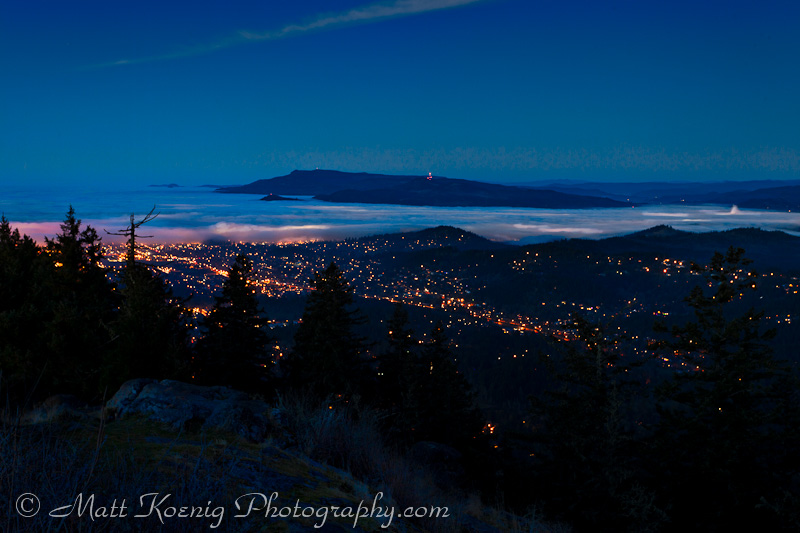 The city of Eugene being engulfed by a fog bank as viewed from the top of Spencer Butte.

The great thing in this world is not so much where you stand, as in what direction you are moving. ~ Oliver Wendell Holmes