Every Monday I post a photo that is meant to inspire you, motivate you, cause you to pause and ponder, remind you of your dreams and hopefully entice you to act on whatever your goals may be. This Monday, May 7th it’s all about a great sunset and the Super Moon.

Saturday was the Super Moon and I debated about where I wanted to take photos.  What would make the most memorable image?  What foreground element did I want to include?  Where should I shoot from?  Where in the sky would the moon rise?  For that last one I used The Photographers Ephemeris which is a great tool for planning a shoot.  It tells you where and when the sun and moon will rise and set on a Google map overlay.  It does much more than this but I’ll save that for a later post.  It’s available for free download for PC and paid for iPhone and Android.

I invited a good friend to go shoot but we ended up misunderstanding where we were going to meet.  I was in the wrong place but ended up getting this sunset shot so all wasn’t lost.

I really liked how this one turned out.  After grabbing this shot I hurried over to where my friend was and arrived in time for the rising of the super moon.  If you don’t know what a super moon is it’s the coincidence of a new or full moon with it’s closest approach (distance) from earth.  This give the moon an extra large appearance in the sky.

We didn’t see the moon at first as we were down by a river and trees were blocking our view but then I saw a bright orange glow through the treeline. 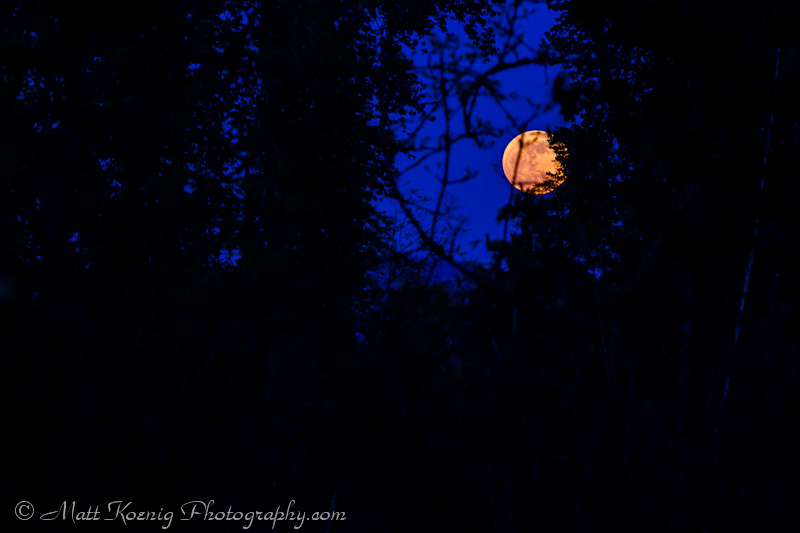 It was pretty incredible to look at and I hope you got an opportunity to view it as well.  I may write more about photographing the super moon later this week.  Until then enjoy your Monday Photo Inspiration.

Did you get a shot of the super moon?  I’d love to see it.  Post a link to your image in the comments below.

Aim for the moon. If you miss, you may hit a star. ~ W. Clement Stone