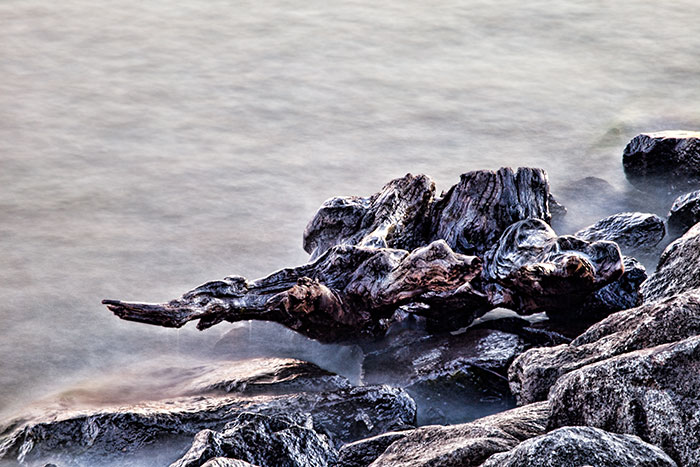 It was almost 100 degrees so we decided to head out to the lake in the evening and take a few sunset photos.  By the time we got out there the temperature had dropped by at least 20 degrees and the wind was really blowing.  The sailboats were making their way back and forth across the lake and off in the distance a band could be heard playing over the roar of the wind.

The sunset never really materialized for us so I decided to look around for other things to photograph.  I spied this old stump washed ashore onto the rocks of the lake.  Half buried and water, it’s roots reaching out as if to grab onto the rocks and pull itself up.

Sometimes even the most mundane and ordinary subject can make an interesting photograph.