This past weekend was the 27th annual Oregon Asian Celebration at the Lane County Fairgrounds in Eugene.  It is the state’s longest running celebration of Asian culture.  It features art, performances including martial arts, music and dance, cooking demonstrations, crafts for kids and of course who can ignore the delicious food court.  We had friends with kids that were performing on the main stage so of course I took my camera to capture the event.

Now that I own both the Canon 5D MarkII and the Canon 7D I had an internal debate about which to take.  I had already decided whatever I took I would couple with the Canon 70-200 f/2.8L IS II which has quickly become a favorite lens.  I knew the lighting would probably not be ideal and I really like the high ISO performance of the 5DII but the 7D does have that 1.6X crop factor which would turn that 70-200mm into a 112-320mm.  I decided to go with the extra reach and see how the 7D performed at high ISO. 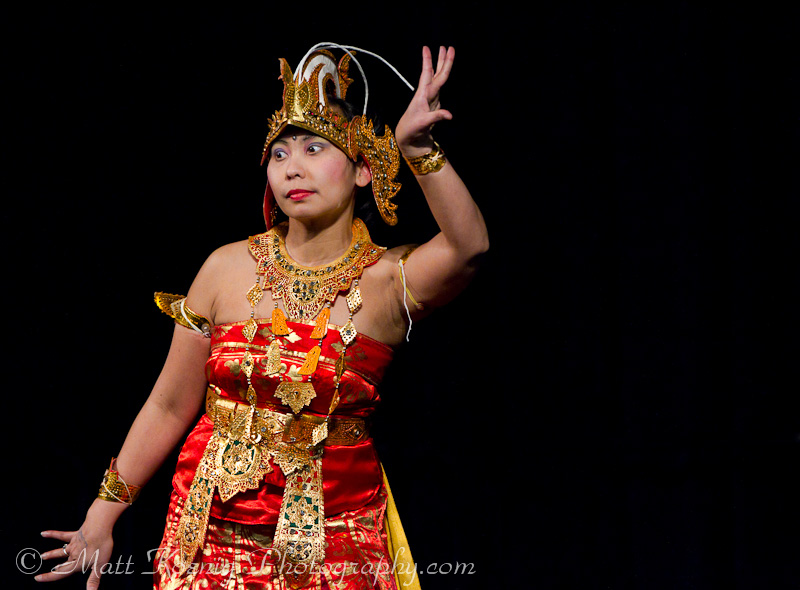 This first image was taken at ISO 2500 and displayed some noise (both color and luminance) but it cleaned up quite well in Lightroom 3 (LR3).  I do think it was definitely more noisy than what the Canon 5D II produced at that ISO but unfortunately I didn’t take both cameras to do a comparison.  I ended up shooting most of the performances at ISO 1600 after a few test shots I took at ISO’s as high as 3200. 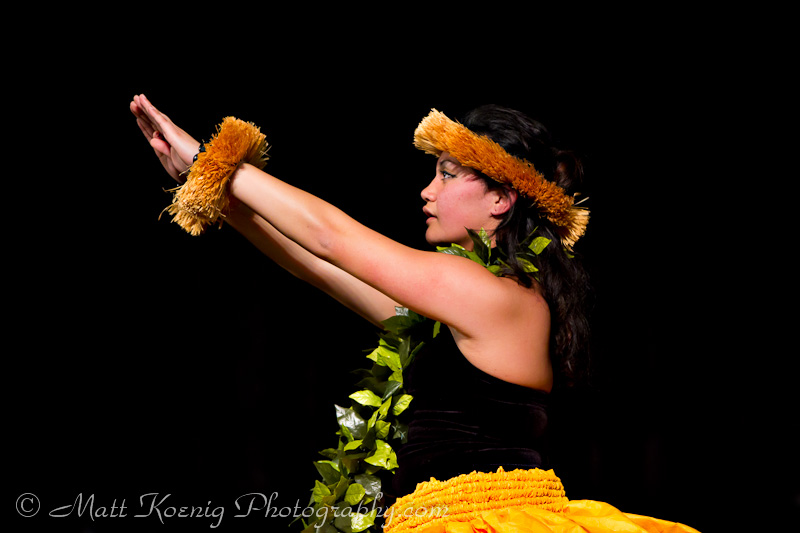 Generally I like to shoot in Av (aperture priority) mode which is where you choose the aperture and the camera selects the shutter speed based on it’s meter reading.  I started shooting in this mode but then I remembered this video I watched over on Fro Knows Photo where he talks about how to set your meter for concert lighting.  He basically talks about getting out of Av mode and into manual mode in order to avoid your images coming out overly dark because the meter in the camera is easily distracted by the bright stage lights.  So I switched my camera to manual mode.  This allowed me to set the shutter speed to freeze motion and since the lighting on stage wasn’t changing much I could have some consistency in my shots by not having the camera meter the scene differently each and every time.

So how did I choose my settings?  I first metered in aperture priority mode (Av) to get a general idea of where the settings should be.  I took a look at the image.  If it was overly dark I knew that I needed to let in more light.  I can do this either by opening up the aperture (choosing a smaller f-stop) or decreasing the shutter speed.  I was shooting with a 200mm lens so I needed to have my shutter speeds at least 1/200th (preferably higher) in order to get sharp photos.  I was using image stabilization (IS) so I had a few stops to play with but still if I can swing shooting at a higher shutter speed I wanted to do so.  I could also increase the sensitivity of the sensor to light by boosting the ISO but with high ISO’s you then start to worry about noise.  For the image above I felt I was getting a good exposure shooting wide open (f/2.8) and a shutter speed of 1/250th second and an ISO of 1600.  I pretty much stuck with these setting in manual mode for the remainder of the performances. 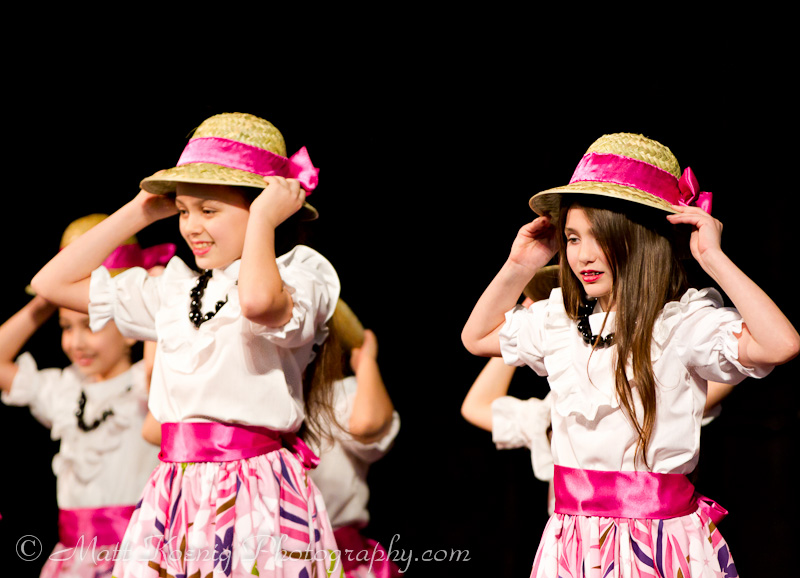 So when shooting events like concerts and performances with stage lights don’t be afraid to switch into manual mode and boost up that ISO if needed.  The high ISO capability of the Canon 7D while not as good (in my opinion) as the Canon 5D Mark II, is still very good and you can easily shoot at higher ISO without concerns.  If you want a good comparison check out this site.