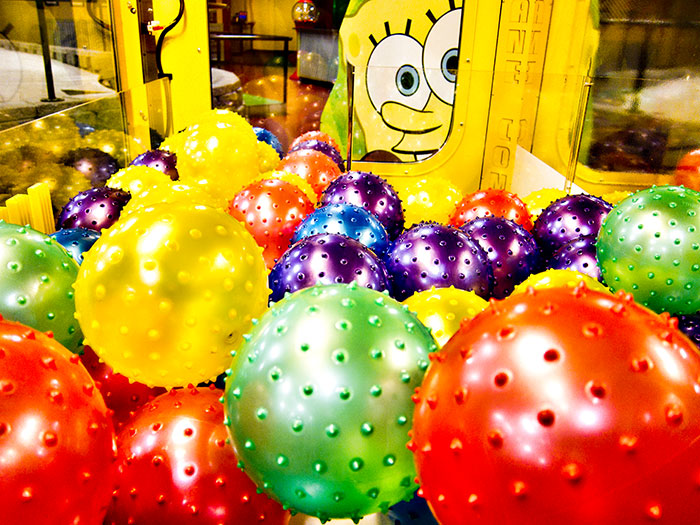 My name is Matt and I’m a Laser-tag addict.  OK, maybe it’s too soon to admit that but after my first time doing it I have to admit that it was mega-fun.  It’s like a video game only you get to frag people for real.

If you don’t know what Laser-tag is basically what you do is strap on a vest that has sensors on the chest, back and both shoulders so 4 targets.  You have a pistol to shoot with. You run (rules say walk) around in a dark room lit only with black lights.  Each team has two bases where you can “charge” up your gun when you run out of pulses. The object is to shoot the other team or shoot their base for points.

There are also modes that you can get selected for like an energizer mode and a deactivator mode. When in energizer mode you can shoot your own team to refill their pulses so they don’t have to go all the way back to the base to refill.  In deactivator mode when you shoot the other team they lose all their pulses and have to go back to their base to refill.  It’s incredibly fun and addictive.

By the end of the night we were all tired, hot and sweaty.  On the way out I remembered that I needed to take my photo of the day.  I had wanted to take a long exposure shot inside the laser tag arena but in the heat of battle I completely forgot.  So I settled for Spongebob peeking in at a cage of balls.