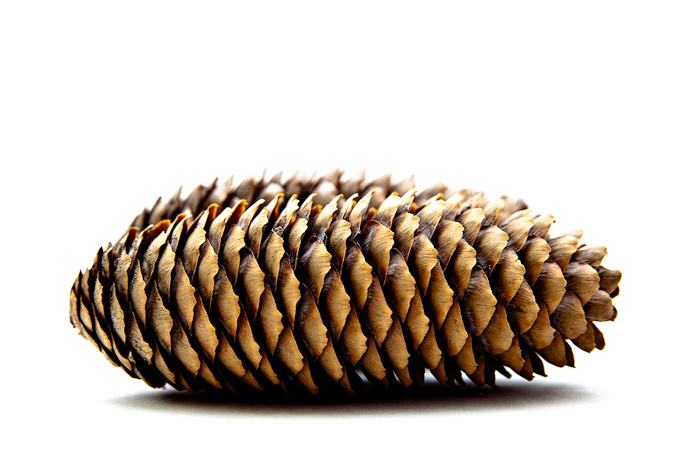 While I was on a walk today I happened to look down and see these pine cones laying along the sidewalk.  They looked so perfect so I knew that I had to photograph them.  But photographing them on the ground just wasn’t making them look like I wanted them to look which was perfect.  So I brought them back to the studio and placed them on some white card stock paper and setup single flash lighting using a Canon 580EXII.

I set the cones on the white paper and bounced the flash at full power off the ceiling.  I wanted to create the lighting so that the background would be completely blown out (pure white), there would be a nice shadow under the cones to create that distinction and the light would really bring out the detail in the scales of the cone.  This is the resulting shot.