I can’t believe that it’s been over a week since I lasted posted a Project 365 update.  Rest assured I continue to take a photo a day and am proud to say that I have not missed a day, and I don’t plan on it.  While it gets challenging at times between work, family time and a multitude of other projects I am working on I still plod forward and have every intention of completing this thing I started 245 days ago.

Unfortunately, due to an increasingly busy schedule I haven’t kept up with posting a daily photo here.  I’m going to try my best to maintain a daily posting but there will be times when I will resort to multiple days in a single post.  Today is a good example.  I’m 8 days behind in posting so I hope you are hungry for the images because here they come…. 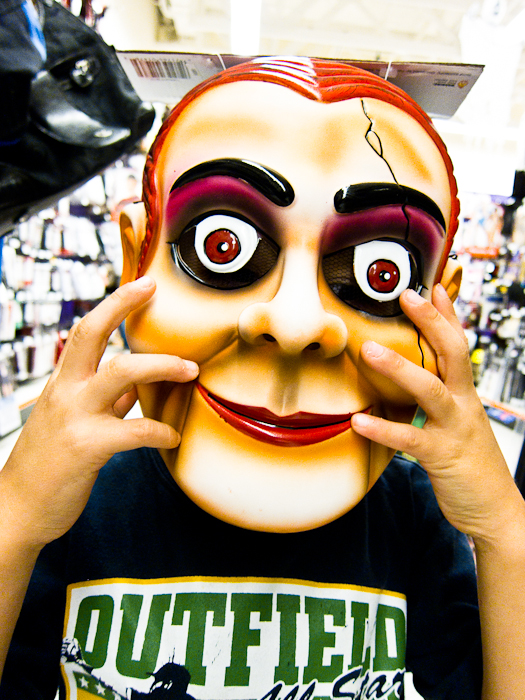 Day 238: Costume Shopping With My Kids

KidsHalloween costume shopping with the kids is always a lot of fun.  It’s the perfect time to embarass them.  For example, my oldest wanted to be Darth Vader so we picked up a cool Darth Vader costume.  He was so excited to show me the mask he got with it.  I promptly put the mask on and proceeded to follow him around the store yelling “Zach, I am your father” in my best Darth Vader voice (granted I am no James Earl Jones).  All good costume hunting fun! 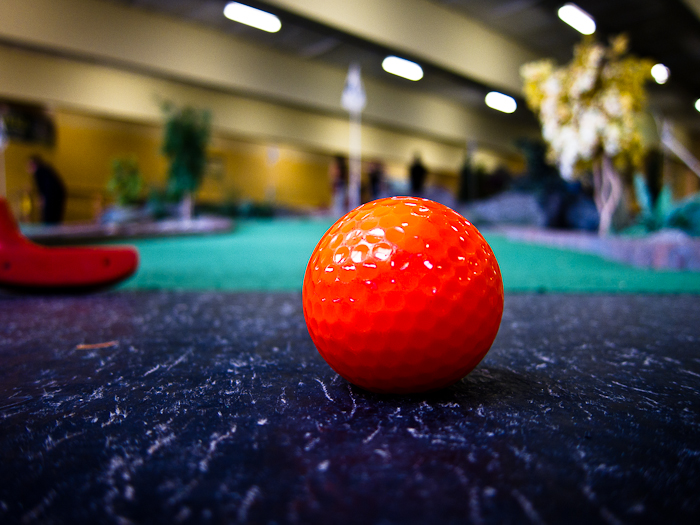 On Saturday I took my son to a friends birthday party.  It was a Star Wars themed costume party held at Putters (an indoor mini-golf and laser tag facility).  At first he was too shy to get out of the car in his costume in front of everyone but thankfully he spotted a friend in costume so everything was suddenly cool.

While he played laser tag with his friends my youngest and I played a round of mini-golf.  He really likes it but has a hard time grasping the concept of letting the ball stop rolling first before hitting it again.  Needless to say we made it through the course in record time. 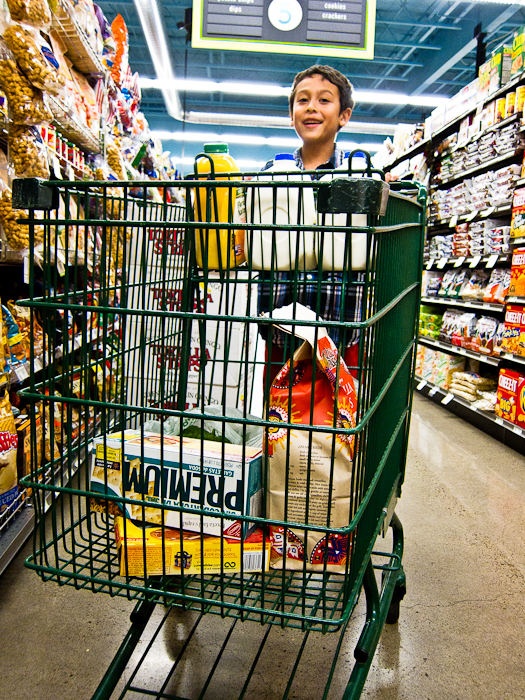 Day 240: Grocery Shopping with the Kids

Grocery shopping with kids is almost always a bad time.  There are a few times when it is enjoyable like when they are sleeping.  But overall it’s not fun.  At least they are now old enough to not sit in the cart and take shots at my crotch with their swinging feet.  My oldest now likes to push the cart around the store and is getting better at not running it straight into the back of my heels. 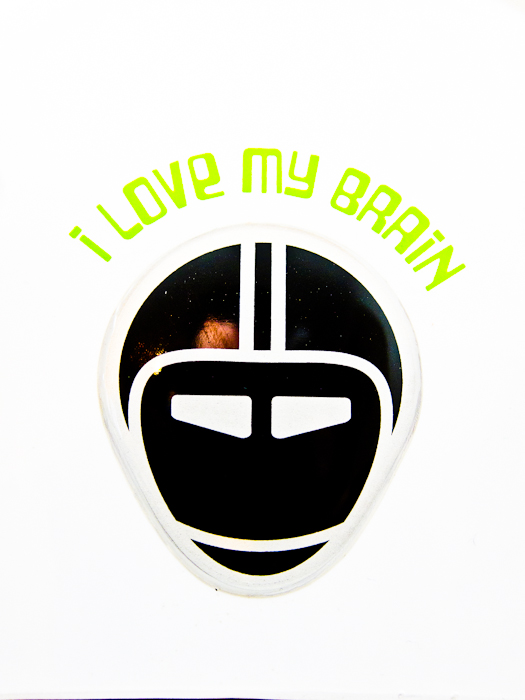 The other day my son came home from school all excited because he won a prize at school for the annual Walk Bike event.  It’s an event to encourage kids to either walk or bike to school.  He ended up winning the grand prize which was a really awesome bike helmet.  I don’t recall having cool helmets like that when I was a kid.  Actually, I don’t recall ever wearing a helmet.  On the back of the helmet was this sticker that said “I Love My Brain”. 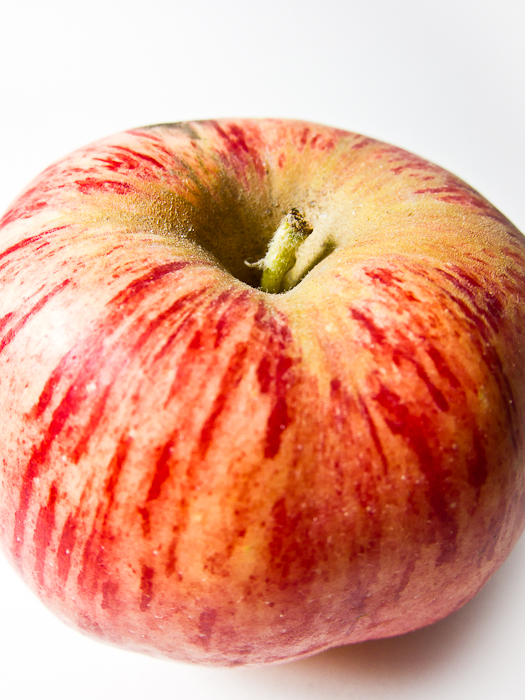 And finally we come to the apple.  One thing I love about this time of year are the fresh local apples.  This one was no exception.