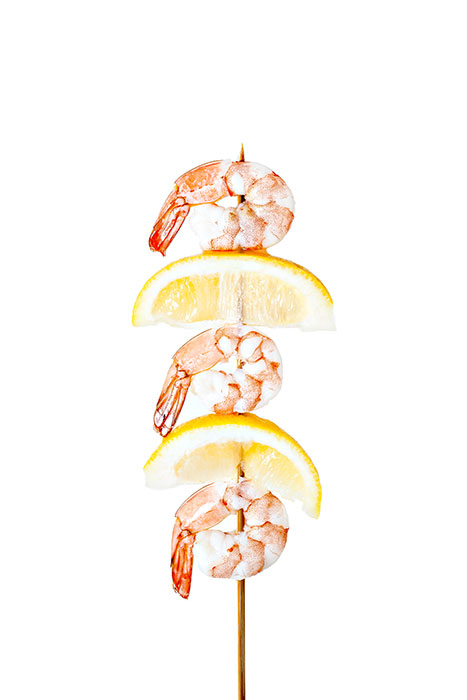 Today’s Project 365 shot is a skewer of shrimp and lemon wedges.  I’m a big fan of shrimp but they have to be cooked perfectly.  It’s so easy to overcook them and once they are overcooked they get hard and tough.  I typically cook them until they just start to turn from translucent to a bit of color and then pull them off the heat.  They will continue to cook a bit while off the heat and become just perfect.

The setup for this shot used a light box that I built out of sheets of foam core.  You can see the setup shot below. 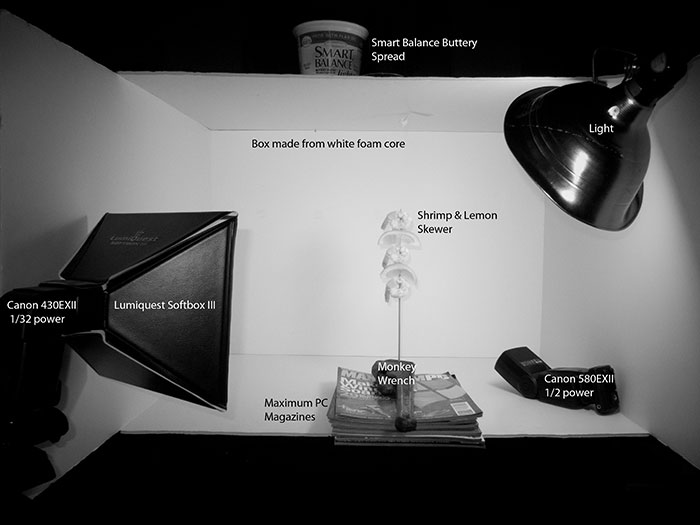 I used a monkey wrench to hold the skewer in place.  I was looking for my vice grips which I think would have worked better but I couldn’t find them so I improvised with the monkey wrench.  I also used some Maximum PC magazines to life the subject up a bit.  I could have used any magazines but these were within arms reach.

When I pulled the final image into Photoshop I noticed that the background wasn’t perfectly white.  This was probably because my lighting was uneven and the 580EXII didn’t blow the background out like I would have preferred.  So I used Topaz Labs ReMask plug-in to create a mask of the skewer and then set the background fill to pure white.  I saved the file off as a TIFF and another re-sized for the web.

If you have any comments on how this shot can be improved I would love to hear from you.   I am also happy to answer any questions.