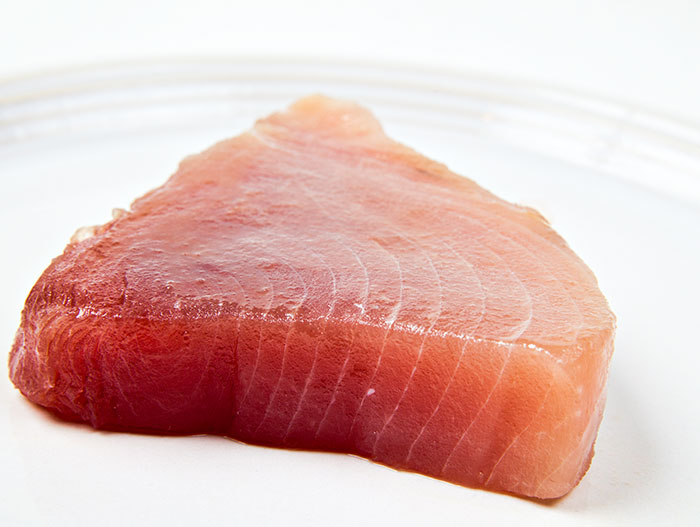 Fresh fish is one of the healthiest things you can eat.  However, you have to be cautious in regards to the type of fish you eat.  Tombo tuna (also known as albacore or tombo ahi in Hawaii) is considered to be one of the safer fish to eat.

According to the EDF (Environmental Defense Fund) it is an “eco-best” fish meaning it is a well managed industry (U.S. and Canada)  using pole and line gear that result in almost no bycatch.  This is for U.S. Atlantic caught fish using troll/pole methods.  Most imported albacore is fished with long lines that often have significant bycatch such as sea turtles, seabirds and sharks.

Tombo tuna is also one of the species that is lower in contaminants and can safely be eaten 4 times a month (kids under 6 should be limited to 3 meals a month).  Tombo tuna is rich in omega-3 which is good for your heart.

When buying tombo tuna steaks look for steaks that have a deep red color, a nice firm flesh and a bit of translucence.  It has a nice mild flavor.

I used a Canon 580EXII with a shoot through umbrella directly camera left and the silver side of a reflector camera right.